- How to Add Films 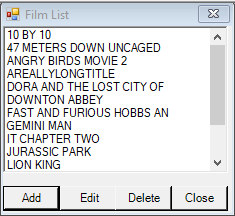 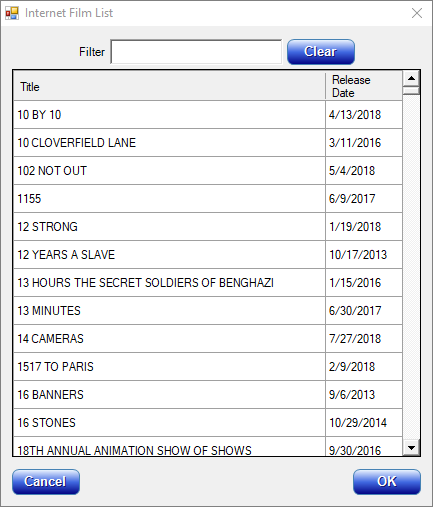 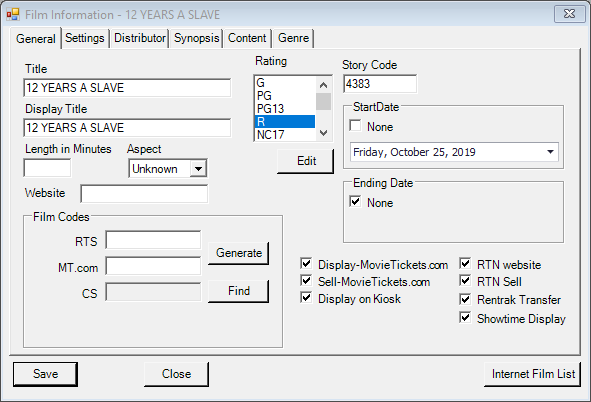 Title: Title of the Film

Length in Minutes: Length of performance. This will not be included when using the Internet Film List.

Film Codes - RTS: Film codes generated for anyone that pulls the RTS schedule.

Display on Kiosk: Film will be available for kiosk sales.

The Settings Tab enables settings for the film that will apply to all performances unless specifically noted on the performance. If you are scheduling a 3D film, the internet film list should automatically check the 3D box. Note: The settings tab is where you will set ADA requirements available for the performance.